GameSee- A Platform that has been selected as TiE50 Winner 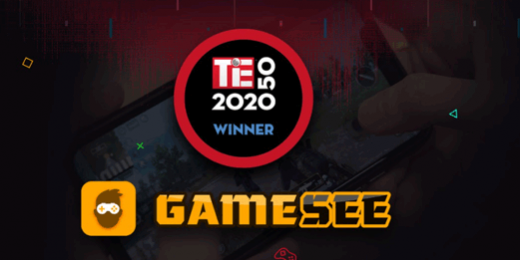 “I always learned that the only way you are going to get anywhere in life is to work hard at it. No matter if you are a writer or a businessman, there is no getting around it. If you do you will win, if you don’t, you won’t”, says the Co-founder of AppSmartz Mr Satish Arora

AppSmartz is a startup which is located in Mohali. Known for its hard-working staff and fantastic office culture, the startup originated a gaming platform in 2020 named GameSee. The platform is popularly known for its increasing growth in the gaming industry. With a monthly user base of over 300,000 worldwide, this platform was selected as a 2020 TiE50 Winner during the TiE50 Awards Program.

The ceremony has been taking place for the last ten years and has been showcasing startup’s no matter big or small. Numerous startups take part and put their best foot forward. From showcasing their services to proving why they are the best, thousands of them represent themselves.

For the final thoughts, the Co-Founder of AppSmartz Mr Atul Sachdeva expressed himself saying, “As a startup, we feel blessed and honoured for being a part of this conference. It was a journey which started with an idea and ended up bringing us to the most significant conference. Who said dreams don’t come true? There are no shortcuts to any place worth going.”