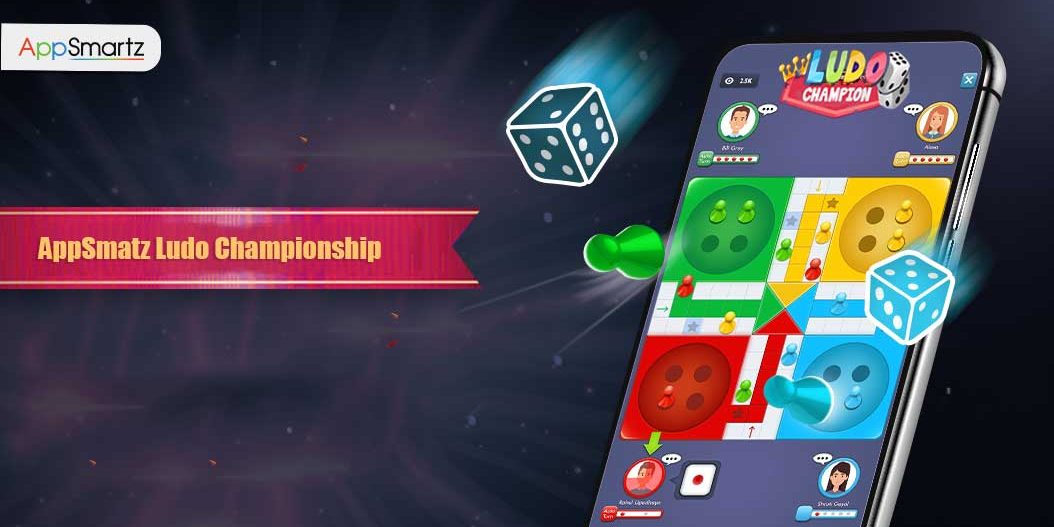 Known for its top-notch services and fantastic office culture, AppSmartz had organized a ludo tournament for its employees from 9th September till 18th September. And you could not ask for more. Because of the ongoing pandemic, it almost sounded like a dream come true, but nothing could stop the employees at AppSmartz from having fun. The belly laugh was at its extreme point, and the team spirit was simply the best. The game became more interesting because the live game tournament organized was witnessed by multiple viewers through the technology developed by GameSee only.

So without further delay, let’s dive into the game and check out what happened during the tournament

NOTE: To see the live stream of the tournament, check out the GameSee link mentioned as per the matches took place:

About 12 employees participated in the tournament. The team was further divided into three different groups, four members each. The first quarter-final match happened on 9th September, out of which two of them made it to the semi-finals. The players who took part were:

In continuation, the second quarter-final match occurred on 10th September, and two more were added to the list of semi-final players. The players who took part were:

Both boys and girls killed it throughout, and a fun game turned into a real championship. We then had the last quarter-final match on 11th September, and finally, we got the names for the semi-final players. The players who took part were:

In all, the quarter-finals were an amazing beginning. And you know the best part was, even the Managing Director, Mr. Satish Arora, took part in the game. Isn’t it great? Working in an office that is a home away from home sounds like a dream come true, but AppSmartz has turned the tables. No matter whether the event is big or small, we celebrate because we believe that every day is worth celebrating.

After the quarter-final match, it was now time for the semi-finals. In total, two matches took place. Match one happened on 15th September. The players who made it to the semi finals during match one were:

Match two for the semi finals happened on 16th September. The players who made it to the same were:

The entire game grabbed the attention of all the players. After all, it was such an exciting match. And what happened next was mind-blowing. We got our two finalists. Yeah, you heard it right. The fun time was about to end. Nevertheless, all of them were excited to play the final match and see who wins.

Thus, the wait was finally over. The final match took place on 18th September. One participant from each team qualified into the finals, and we got our finalists,

With excitement on the top, both the players rolled the dice, and in some time, we had our winner, Rishika Gupta.

It was a wonderful time, and all of them enjoyed it a lot. Well, this was when all the employees got a chance to connect and make the most of it. This is how a simple game changed everything and bought back the time most of us missed during the pandemic.

For the key takeaways, we would like to thank the HR team who took the initiative to organize the ludo championship.